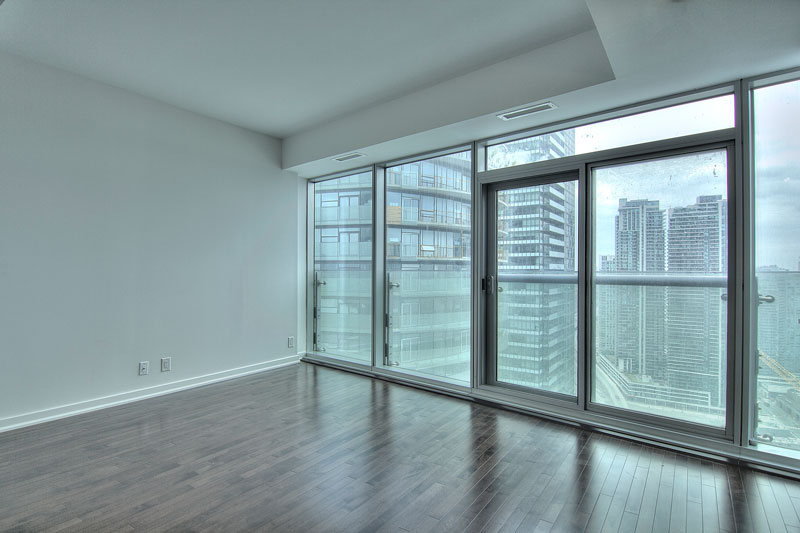 Condo painting or apartment painting the virtually the same, they both share the same features. Generally, condos and apartments are smaller in square footage living area to save space and of course money. Since condos don't take up so much real estate space they cost less both in purchasing and property tax, normally much less than a house would be.

Interior painting walls in a condo generally are smaller because of the limitations of the size of the condo. A condo painter will be able to paint two rooms at one time in a condo because most probably there won't be enough space to be able to move furniture around to allow for the emptying of each individual room. Painting rooms require a certain amount of open space to be able to access all the walls and ceiling at the same time and this means that the room should be relatively empty if not totally empty. If the space is too tight in the condo and the rooms are small with a lot of furniture in them sometimes the painter would only be able to paint one or two walls at a time in a room while the other walls and all the furnishing push up against them to allow adequate amount of space to work on.

Plastering and repairing interior walls in some condos and apartments, there is a drywall veneer directly over top of concrete walls and some concrete walls are strapped with studs and drywall over which is normal allowing easier drywall repairs to be performed. In simple occasions where the drywall is damaged in smaller proportions, it can be plastered over the top of with some quick-dry sheetrock plaster and then sanded smooth and primed and painted. But in some situations were their large drywall damages a piece of drywall has to be removed and replaced with fresh drywall.

Paint cleanup is also a concern because most apartment and condo corporations don't allow any paint or empty paint cans in the garbage or recycling. The painter in some instances has to remove and take with them any leftover paint and empty paint cans.