Home Improvement :How to Tell if a Wall is Load Bearing 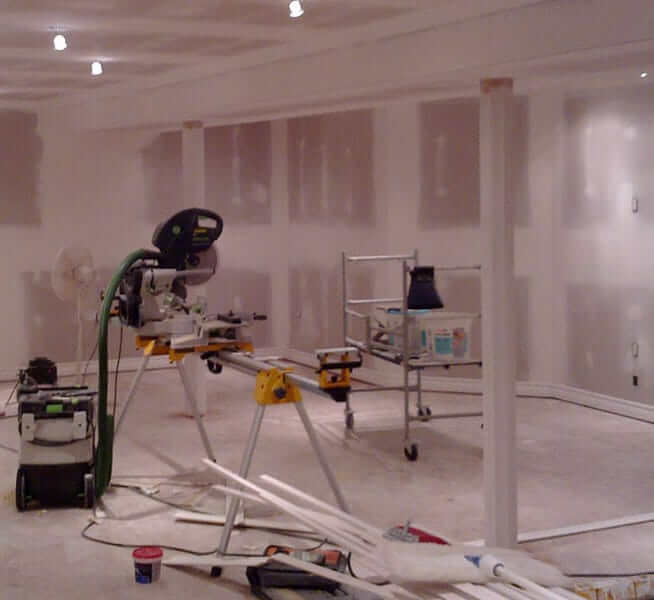 This is an important video to watch before you start demolishing any walls on your next House improvement project. Sometimes it is easy to check out which way you think your floor joists go by what you can see in the basement ceiling, miss not always the case but definitely a good possibility that your lobsters run the same way if you are unsure of the wall try just removing one side partially to identify certain aspects that make the wall a load bearing wall or just a partition wall. For example the rough opening for most doorways will have double 2X4 to attach the door jam so this would not be a good indicator whether it is or not a load bearing wall. A good way to see is if there is some type of double or triple vertically positioned planks above the 2×4 studs. Or multiple planks laid on top of each other. Normally a partition wall is framed with a horizontal 2 x 4 at the top.

Removing the  drywall
from the studs of the partition wall
separating the kitchen from the living room.Take care to watch this video and note some points about removing the drywall. If you are going to retain your ceiling especially if it is stucco you must take care not to damage it. And if you noticed in the video he scored and cut the connection between the wall and the ceiling with a very sharp scoring knife / utility knife which prevents from starting to pull down a part of the ceiling while you are removing the wall. Another good point to remember is selecting an arbitrary cut across the drywall which enables you to remove it easier. Generally what we do at Mississaugahandyman since we don't like to march loose debris we also score with a knife sections allowing the pieces to come out in squares making it a little neater to pile and throw away.

Home Improvement Done Safely
Once you have all your drywall off the partition wall and you have watched the video on the suggestions on handling all the wiring left behind, this is an important point because you do not want to have any accidents in the future. Like Shannon said that if there is to be work done on that again and the contractor sees wires he might not know what to do with them. If you are lucky enough that you have picked a wall that has nothing in it such as wiring or plumbing it should be a relatively easy go. It is a good idea to disassemble rather than demolish. By simply cutting the starts at half as indicated in the video makes your job much easier. If you have long boards anywhere that are attached all the way along it's easier to cut them into pieces along the way. If you have an 8 foot long piece of board (2×4) and it is been nailed in different locations is probably better to at least cut it in half. Again this is easier for throwing away. We generally make all her sizes about the same so that it will fit properly into the space you are going to be putting it in.

Home improvement is one of the services that Mississaugahandyman offers.
We can open up rooms for you to make larger spaces. You can upgrade your existing trim work in your home with more modern up-to-date baseboards and doors and window casings. Our service is carpentry and drywall and painting. We also build decks or repair decks in the summer months.