Mississauga handyman just posted an article on basement wood panelling repairs and inspection. Recently there was a job on an outside garden hose tap was freezing up and leaking onto the driveway causing a slippery and icy surface. The owner tried putting a brass cap on the end of the tap to stop the water from dripping but at the first freeze, the end of the cap split open.

So Mississauga handyman had to go inside and locate the shut-off valve for the outside water. After careful examination of where the outside garden tap would be on the inside wall of the basement. The way we found the tap was to identify another feature that was on the outside of the wall that could also be identified and found on the inside basement wall and from there we measured across and down to locate the water pipe valve. Once we marked the wood panelling position we cut a nice square hole around the area that the valve would be. we cut large enough an opening so we would be able to access the valve.

After the plumbing work was done we then came back in and closed the hole. Since the panelling was placed over 16-inch centers on to the 2 x 4 wall studs in the opening wasn't this large so we had to create a nailer board attached to the back of the panel

then we would reinsert the piece of wood panelling back over the top of the backer board putting it back into place exactly where it came out. Once everything was good back together we used a vinyl spackling compound that would expand and contract with the wood panel.

After the vinyl plaster compound dry, we then sanded it flat and smooth. Then we primed the spot. In this case, it only took two coats of paint because we use top quality flat latex paint. Sometimes in the situation, though you might have to cock in all the places where the panel joined because they would show up as open gaps once the panelling was painted.

Call now  416-568-3547  for free estimates on your home, condo or apartment painting, deck, carpentry needs or

Top 25 Awards
Mississauga Handyman has been selected as one of our Most Popular Home Improvement Specialists! 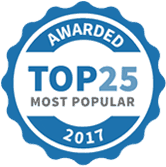