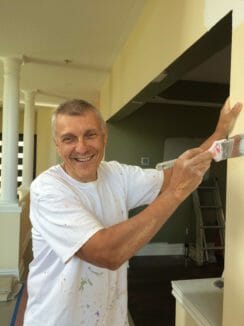 Quality house painting at your service

In Mississauga, painting contractor contracts usually have fine points that the client needs to review and agree upon before signing. A contract is important because it binds both [parties once it is signed. It should also state matters that both parties believe to be important. Getting one from the company that will paint the house or structure is necessary.

Coverage of the Job

The coverage of the job should be stated in the contract so that anything more or less can be pointed out. This is the wisdom of getting a Mississauga painting contractor to initially assess the extent of the job and then give an estimate that covers the area to be painted. The assessment will give the person in charge a good idea of how much the total cost would be including labor and materials. On the part of the home owner, giving a clear explanation of what he or she expects from the painters is a way of putting a limit to the cost of the job as well as to the extent of it. If only a room is to be painted, then anything more that the home owner asks for can be charged accordingly. On the other hand, if the painters miss an area of the house that was included in the contract, the owner of the dwelling can bring it to their attention and they can rectify the situation or have a discussion about why it was missed.

The kinds of paints to be used as well as the number of cans and the clearing of the old paint might also be included in the contract by the Mississauga painting contractor. Other details that the home owner might like to be careful with or to be sure of can be added to the agreement between them and the owner of the house or structure that is to be painted by the company.

The duration of the job is also another aspect that should be taken up between the Mississauga painting contractor and his client. This is actually something that will benefit the owner of the house because he or she can sue or claim compensation from the company for every day that they go over the expected end of the project that they stated on the contract. The amount of compensation as well as if they will be compensated if the company will miss the dealing should be clearly stated in the agreement.

The safety of the people who will be working on the job is the lookout of the owner of the company that will be painting the house but the safety of the homeowners is something that the company owner should look out for. They should be duly warned regarding the risks of staying in the house. Depending on what paints will be used, there is a degree of danger from the fumes which can prove unhealthy or even lethal for children. The Mississauga painting contractor should recommend safer paints to be used for the interior.
just check out 1 of our video demonstrations on how to paint a ceiling at